H2O. It’s a critical resource that many of us often take for granted. Yet the world’s freshwater supplies are under threat in many places and there are millions of people who don’t have access to fresh, clean water, while millions more experience regular shortages. Being able to turn on the tap and drink clean water directly from it is a luxury not everyone enjoys. 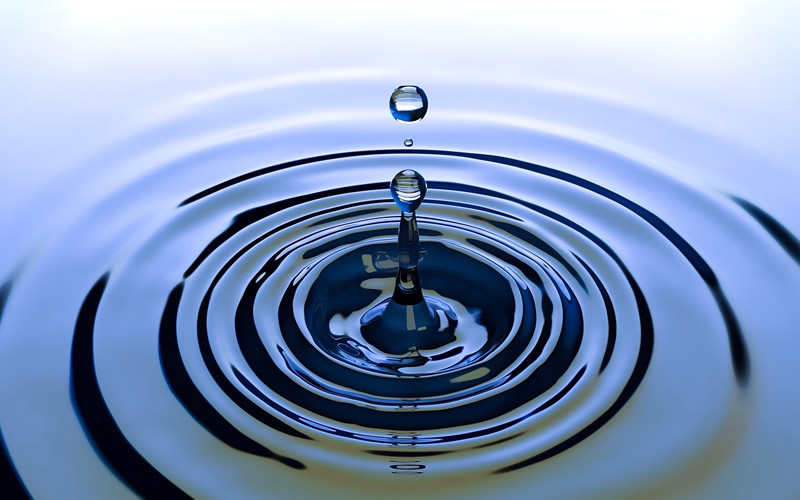 World Water Day is a UN led initiative that is about celebrating freshwater and drawing attention to the many freshwater related challenges we face globally, from contamination to waste and shortages.

In 2021, in light of the Covid-19 pandemic, World Water Day focused on achieving Sustainable Development Goal number 6: freshwater and sanitation for everyone by 2030. The 2021 theme for World Water Day was valuing water. UN-Water explains that "water has enormous and complex value for our households, food, culture, health, education, economics and the integrity of our natural environment."

The Origins of World Water Day

World Water Day was initially proposed during the United Nations Conference on Environment and Development, also known as the Earth Summit, held in Rio de Janeiro in 1992. At the conference, it was agreed that March 22nd would be declared World Water Day and in the following year, 1993, the first ever World Water Day was observed.

The Earth Summit was a turning point in the fight against climate change. It signified a renewed interest in international cooperation to combat the effects of greenhouse gases and to improve the sustainability of the global economy. For this reason, World Water Day has always focused heavily on developing sustainable approaches to the management of freshwater sources. However, in recent years, the focus has shifted towards personal use of freshwater, particularly in light of the 2020 Covid-19 pandemic, which inspired a focus on hygiene and hand washing.

World Water Day is coordinated by UN-Water. This branch of the UN also releases an annual report, The UN World Water Development Report, that reflects on the state of the world’s freshwater sources each year and is released around the time of World Water Day. The report is a comprehensive overview of freshwater resources globally and examines the various factors affecting the availability and security of freshwater. The report also tracks progress towards the achievement of the water related Millennium Development Goals.

What Happens on World Water Day

UN-Water hosts a ceremony each year in observance of World Water Day on March 22nd. As mentioned earlier, UN-Water also releases an in-depth report on the state of the world’s water resources around the the same time each year.

Along with the official observances, World Water Day events take place all over the world, particularly in schools, where teaching about the value of water is perhaps most important. Events have typically focused on theatre, music, or art, using these creative mediums to express a powerful message about the importance of freshwater.

What to Do on World Water Day

Do you want to participate in making the world a better place? Then get involved on World Water Day. Here are a few ways you can make a difference:

The Impact of World Water Day

World Water Day has been putting water on the agenda for more than 3 decades, highlighting the many challenges the world faces in regards to safeguarding the freshwater supply and ensuring adequate access for all.

Officially recognised World Water Day events have also been growing steadily. In 2016 the official UN website listed over 500 events, while in 2017 more than 700 events were registered.

Did you know: Unsafe drinking water contributes to 88% of the 800,000 deaths caused by diarrhoea in children under 5.

Did you know: Nearly 97% of all the water in the world is salt water and therefore undrinkable without treatment.

Did you know: Around 68% of the Earth’s freshwater is currently ice and glaciers.

Did you know: The average home in the United States consumes around 50 gallons (189 litres) of water a day.

Did you know: When frozen, water expands by 9%.

Did you know: While a person can survive without food for around a month, without water a person will likely die within a week.