National Umbrella Day is about celebrating the infinite usefulness of the umbrella. This multitalented tool has been protecting us from both the rain and the sun for centuries. Every year, on February 10th, we can spend a moment to reflect on the simplicity and ingenuity of this timeless invention. 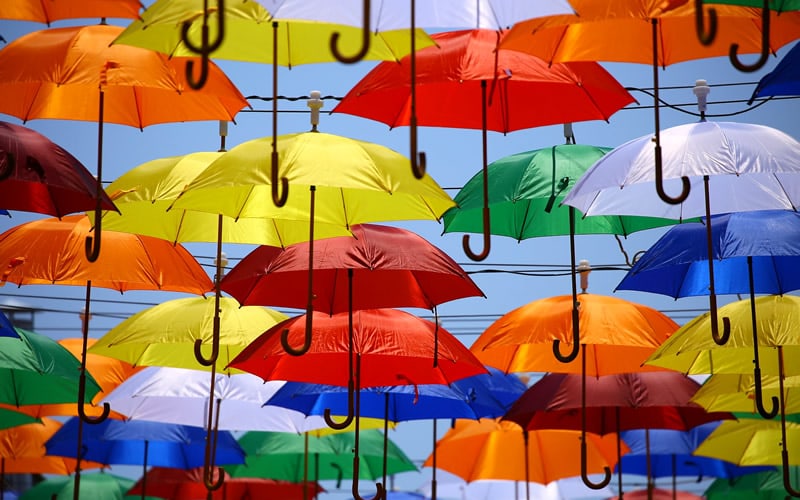 When Did National Umbrella Day Start?

The exact origins of National Umbrella Day remain a mystery. The day has, however, been celebrated since at least 2004 and continues to be a popular special day all over the world.

History of the Umbrella

Umbrellas have been in existence for thousands of years, starting out primarily as a way to protect people from the sun, rather than the rain.

The earliest known example of an umbrella was found in ancient Egypt and dates back to 2450BC - at this time umbrellas were typically made from palm leaves or feathers attached to a wooden stick - but umbrellas also appear in ancient China, ancient India, and in ancient Greece and Rome. It would seem that almost every ancient civilisation required the use of umbrellas to protect them from the sun.

After the fall of the Roman Empire, it seems that umbrellas rather went out of fashion as there are very few references to them in the Middle Ages. It is not until the 17th century that they regularly appear in history once again.

It was around this time that umbrellas were adapted to their second use: as protection against the rain. Several 18th and 19th century paintings show people on the streets of Paris, France, using umbrellas on a rainy, cloudy day.

How to Celebrate National Umbrella Day