The 8th of November is National Cappuccino Day, the day of the year that we celebrate this beloved style of coffee.

What Is A Cappuccino?

The cappuccino usually contains a single or double shot of espresso with hot milk, steamed into a foam. Cappuccinos are occasionally flavoured with chocolate or cinnamon powder and can be served hot or iced for a slightly less traditional approach.

Cappuccinos are served with a spoon for drinkers to scoop the delicious foam from the top, or to re-froth it if they have left it for too long. In its native Italy, a cappuccino is a breakfast drink and is rarely ordered in the afternoon!

Origin Of The Cappuccino - Who put the Capuchin in Cappuccino?

Millions of people drink cappuccinos every single day, but very few know the historical backstory that gave this frothy fan-favourite its name. You could be forgiven for thinking that the story of the cappuccino is a simple one. However, the true origin of this delicious coffee drink was forged in the fire of a religious war, hundreds of years ago during a battle that decided the fate of many European states and even inspired scenes from Lord of the Rings and Game of Thrones!

It all began with the Capuchin friars, a group of Catholic monks who operated during the 1600s. They wore dark brown robes and large pointed hoods, which is where they get their name. The Capuchin friars were known to live pennilessly and in poverty, serving the people of Europe on behalf of the Catholic Church. One friar by the name of Marco d’Aviano can take a lot of the credit for the cappuccino name, as a string of coincidences led him to save a whole city from an army of coffee drinkers!

Marco was a gifted preacher and healer. After performing a healing miracle, he was contacted by Leopold I, Holy Roman Emperor, to help him and his wife produce an heir. Eventually, the Pope made Marco into Leopold’s spiritual adviser, as the powerful Emperor was known for his indecisiveness. This made Marco an incredibly important figure, especially as a massive army of Ottoman Turks were marching towards Austria’s capital city, Vienna.

The story goes that Marco preached to the different kingdoms in Europe to convince them to team up and save the city. Marco’s preaching was so inspirational that the kingdoms forgot their past disagreements and formed the Holy League, saving Vienna just in the nick of time! After the battle, the Turks left behind a mysterious bitter brown drink that the Europeans sweetened with milk and honey. According to the story, they named this new drink after the brown hooded Capuchin friar that saved their lands.

The story of Marco the Capuchin friar is definitely a cool one, but whether or not it is the true origin of the cappuccino may never be known. Regardless, it wasn’t until after World War II that the cappuccino became the popular drink it is today. New technology meant that espresso machines became advanced enough to make this frothy coffee regularly. As coffee shops became more and more popular, so too did the cappuccino, with baristas all over the world specialising in this wonderful beverage.

How to Celebrate Cappuccino Day

To celebrate this particular day, you could visit your favourite coffee shop with a friend and get yourselves a couple of grande cappuccinos! If you prefer to make your own coffee, you could do so with an espresso maker from the comfort of your own home. Don’t forget to create an artistic pattern with the milky foam on top of your cappuccino, then take a picture for the world to see!

Coffee is so popular that multiple special days have emerged to celebrate it. Here are a few more: 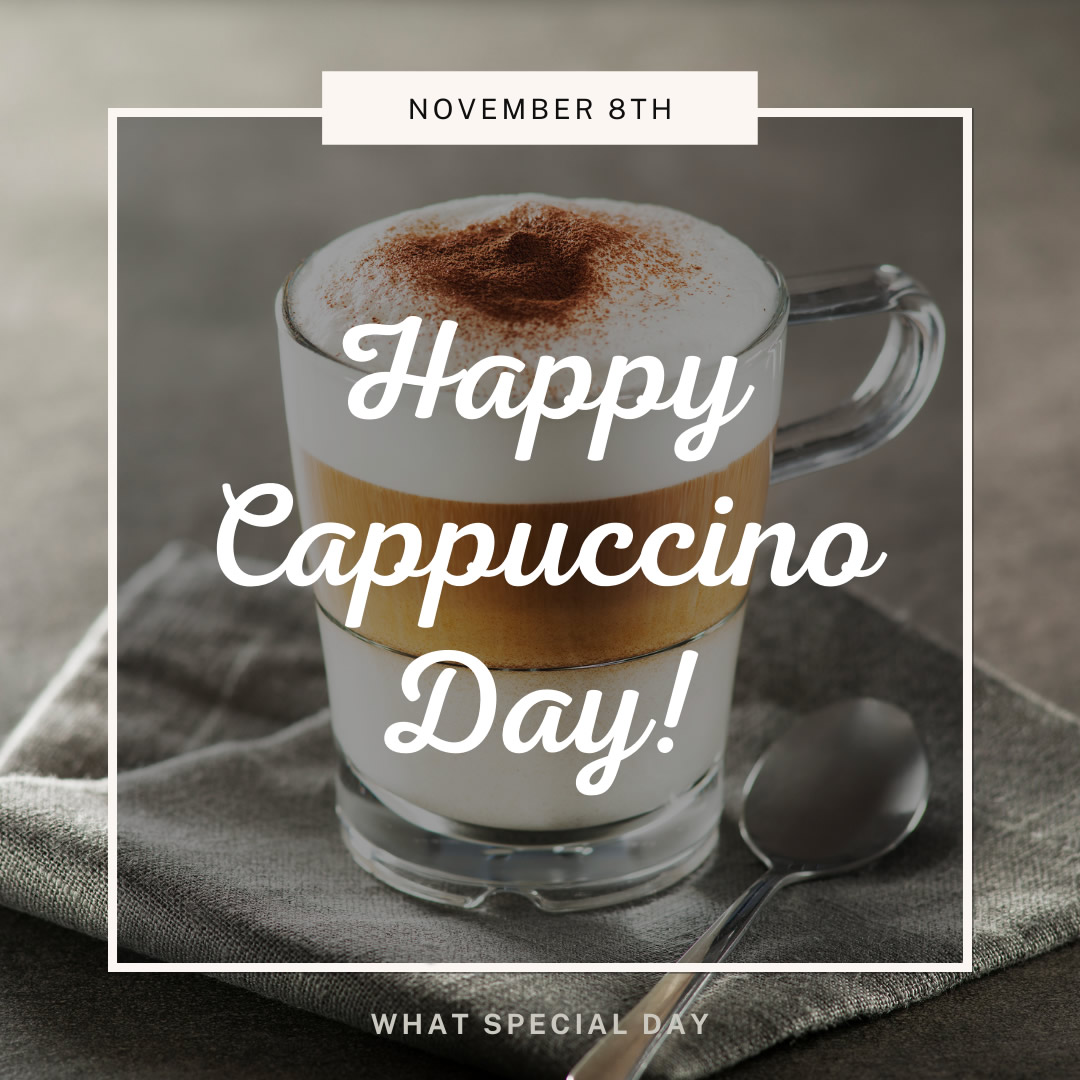 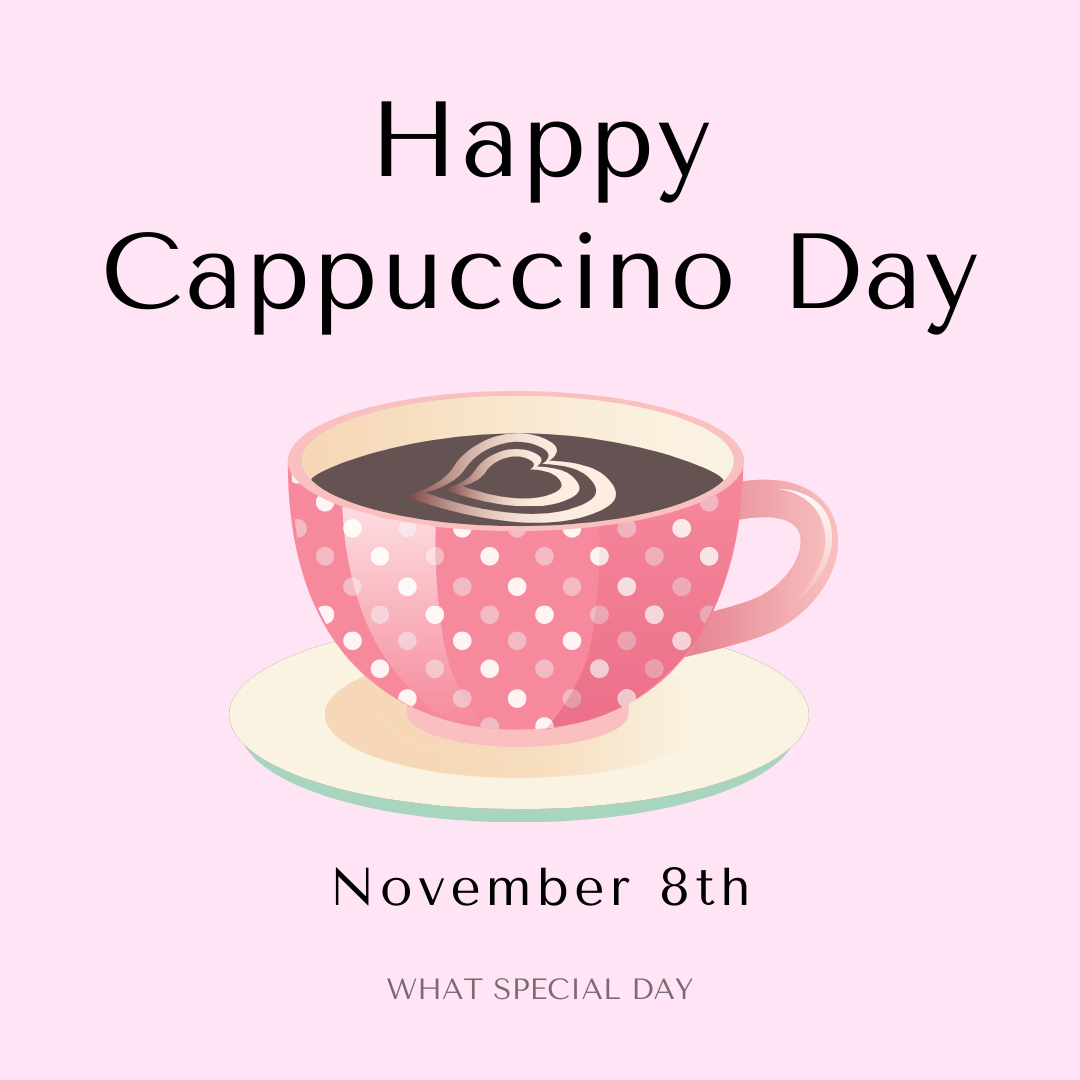