Of all of the special days of the year, the 20th of December is definitely one worth celebrating as it is reserved for wonderful Sangria. This wine-based fruity punch may well hold the title of the most fantastic party drink, depending on who you ask, of course. Those who would be sure to agree with me are the people who claimed to create it and legally hold the rights to the ‘sangria’ name; the Spanish and Portuguese. The Iberian Peninsula is known for its rich food culture. Holidaymakers and foodies from around the world often head to Spain and Portugal to get a taste of the region’s most famous cuisine before washing it down with an ice-cold glass of sangria. 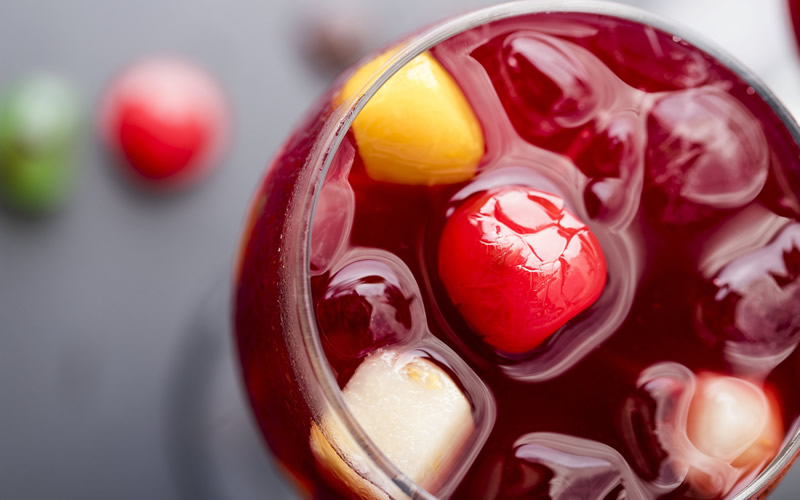 The History of Sangria

The name sangria comes from the Latin word for blood, “sanguis”. This is down to sangria’s blood-red colour, a product of its red wine base. Sangria can be made with white wine too, but this is known as sangria Blanca. The residents of Iberia claim the rights to this blood-like beverage, but many believe that it was pioneered by the Romans as they expanded into the area thousands of years ago. Known for their wine culture, the Romans didn’t mess around when it came to drinking the red stuff. However, it wasn’t just their love of drinking that brought sangria into being.

The Romans in Iberia had a problem getting their hands on clean drinking water. Not wanting to become victim to some horrifying ancient disease, they decided to use wine to help purify their water. In time they added fruit and eventually spices to take the edge off of the predictably awful taste. Nowadays, sangria is usually made with red wine, citrus fruits and berries along with juice and spices, making it sweet, refreshing and extremely easy to drink.

How to Celebrate Sangria Day

Sangria is best enjoyed with company, so Sangria Day should be celebrated with a gathering of your closest pals. Take a look for some adventurous sangria recipes and try to make some for yourself, or buy a ready-made mix. To take the sangria to the next level, some enthusiasts will add brandy to the mix for its alcohol content. Just don’t get too carried away, as this sugary, easy to drink, boozy mix can catch drinkers off-guard and punish them the next morning!

For those in the winter season, the 20th of December seems like a strange time to enjoy a drink known as a summer staple. However, sangria is an extremely versatile beverage that can be enjoyed both ice cold and warm. The addition of plenty of festive spices makes it perfect for a countdown to Christmas party. Treat yourself and your Sangria Day company to a nice bottle of red wine to use as the base for your sangria mix. Alternatively, for a more traditional experience, you could buy the cheapest wine available and pack your sangria full of extra flavours to cover the taste.

Where is Sangria Day Celebrated?

Sangria Day is celebrated on December 20th in the United States, Canada, the United Kingdom and Australia. 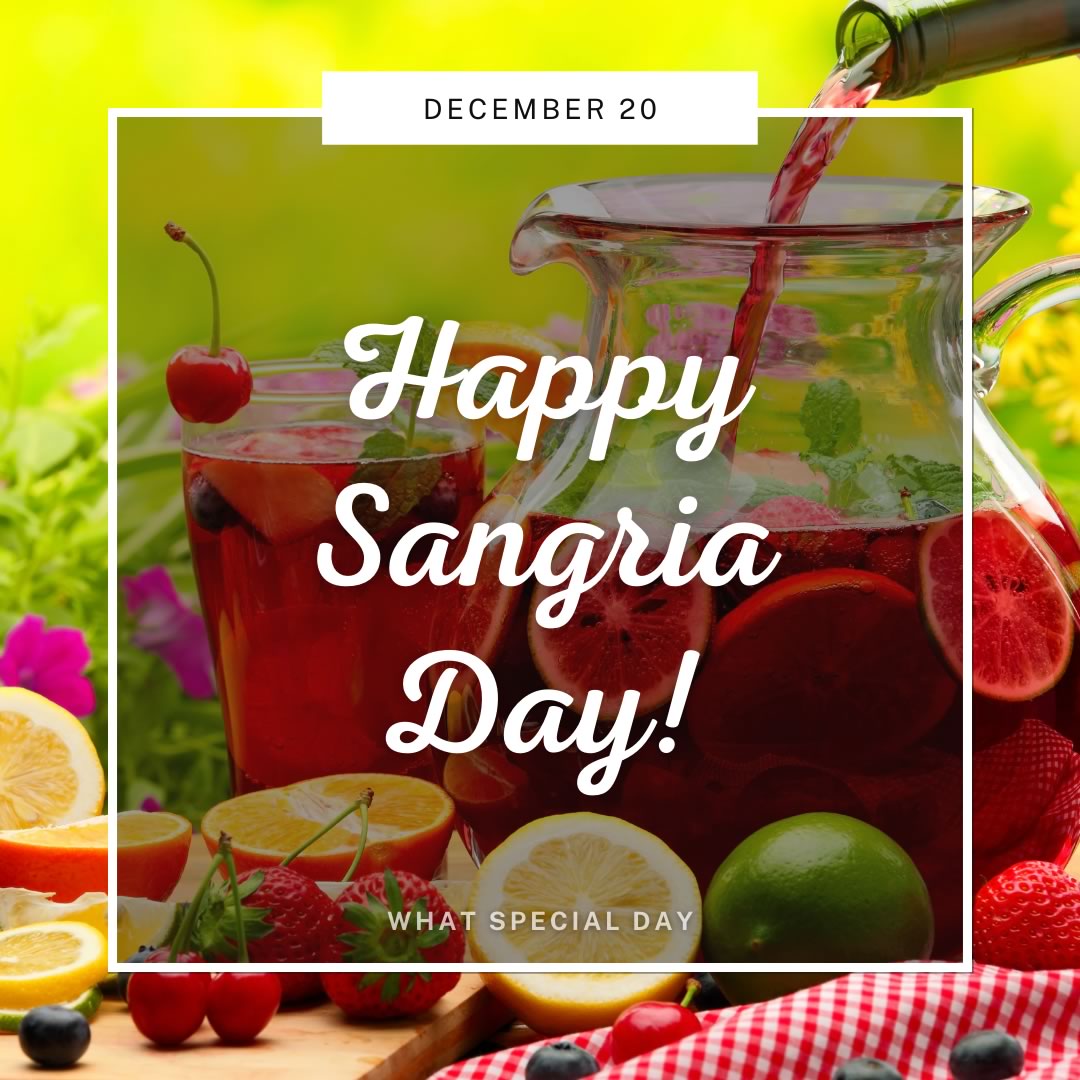