December 5th is National Ninja day (or Day of the Ninja), a time where we celebrate the sneaky Japanese warriors that shot to fame on our TV screens during the ’70s and ’80s. Although they were onscreen heroes and villains in the modern age, the history of the ninja is one that is hard to track down, perhaps as a testament to their sneaky abilities. Masters of disguise, stealth and deception, let’s take a look at what we do know about these spectral assassins and separate the Hollywood from the history. 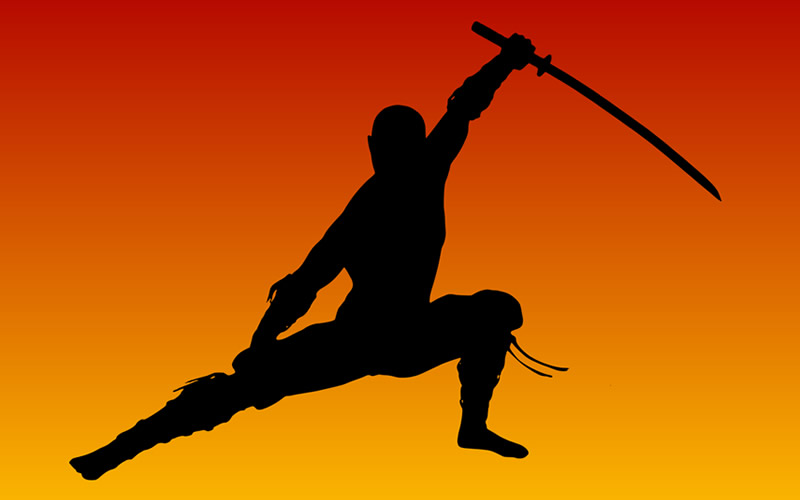 History of Ninjas - Into the Shadows

As Japanese history and culture were revealed to the world, two specific groups of bygone warriors shot to fame: the samurai and the ninja. The former was a group of noble warriors and leaders who lived by a creed or strict set of rules. They carried razor-sharp swords and wore armour made of beautifully decorated iron, leather and silk. A samurai would rather take their own life than see themselves dishonoured, so are usually shown as skilled, worthy and honourable warriors on the battlefield.

A ninja is everything that the samurai despised. Unlike the noble samurai, ninjas came from the poor farmers in rural Japan, they couldn’t afford the fancy armour and weaponry of the samurai, and what they did have was likely improvised from farming tools. Due to this, they engaged in asymmetrical warfare and attacked from the shadows, preferring a guerrilla approach of hit and run violence than honourable combat. Ninjas were spies, saboteurs, mercenaries and terrorists, striking so much fear into the Japanese nobility, that Japanese castles had to be ninja-proofed to stop these shadowy assassins.

Despite gaining popularity now, the word ‘ninja’ doesn’t often appear in history. The accounts that we do have date back to the 8th century and refer to ninjas as ‘shinobi’, a word that means ‘to steal yourself away’, to hide or to become invisible. A true shinobi probably didn’t look like the ninja from the movies that we know today, as they tried their best to blend in and use disguises instead of cloaking themselves in black. Two famous ninja ‘clans’ were spoken of in Japanese history, the Iga and the Koga. These clans raised professional ninjas to serve the noble houses of Japan’s warring feudal kingdoms and were located in remote mountainous regions. These specialised warriors were trained from birth and made for fearless assassins and masters of deception.

Now you know a little more about the history of the ninja, how can you go about celebrating them on December 5th? You could try to do a ninja movie marathon and enjoy the classic, cheesy martial arts films that made ninjas so famous. Alternatively, you could sign up for a ‘ninjitsu’ class. This martial art teaches students how to fight like a ninja and is taught all over the world. If ninjitsu isn’t your style, perhaps you could try playing a prank on a friend or family member. Ninjas were amazing at sneaking around and using traps and distraction to trick their enemies. You could wear black clothing and try to hide in the shadows before jumping out and spooking your target. Just be careful not to try this on a samurai! 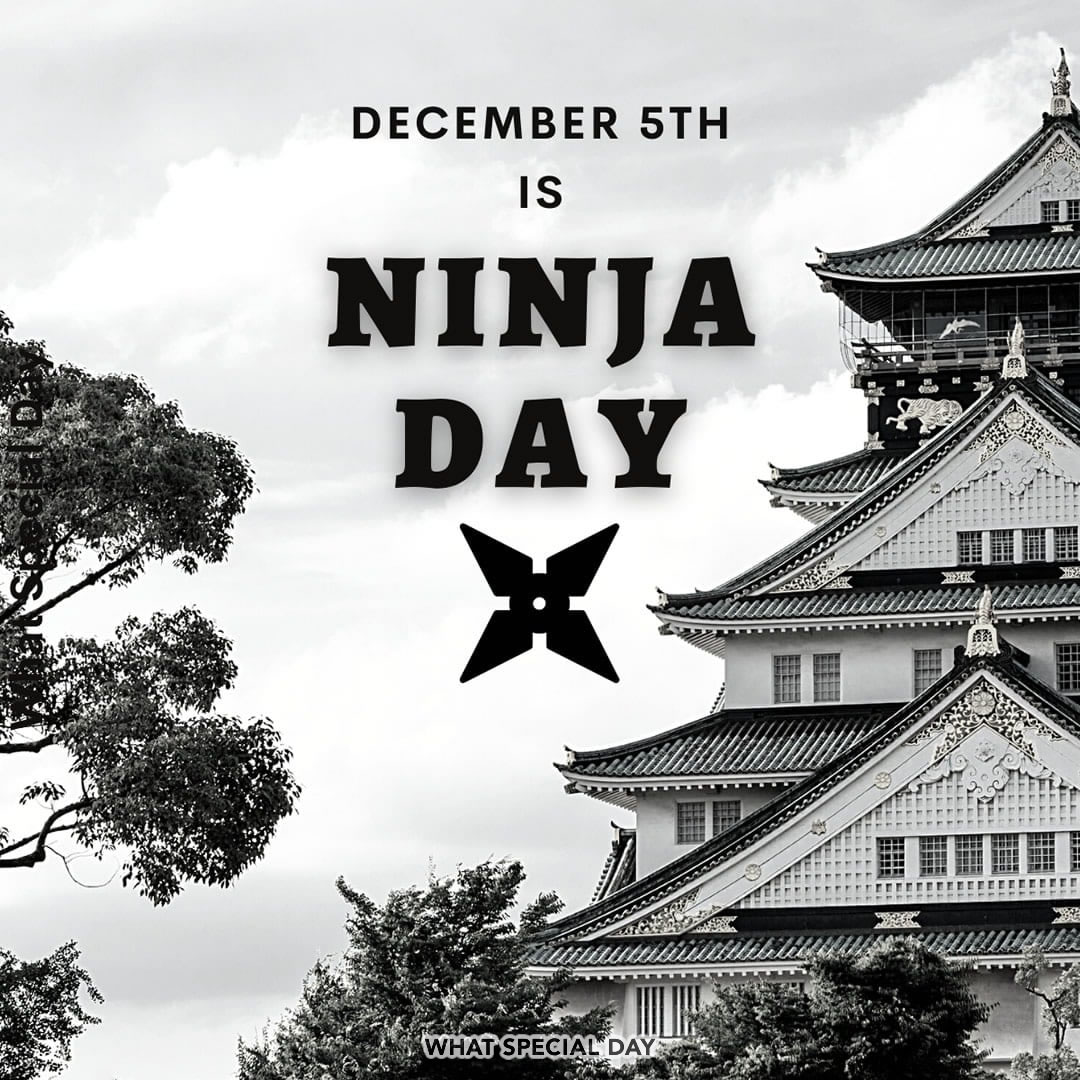 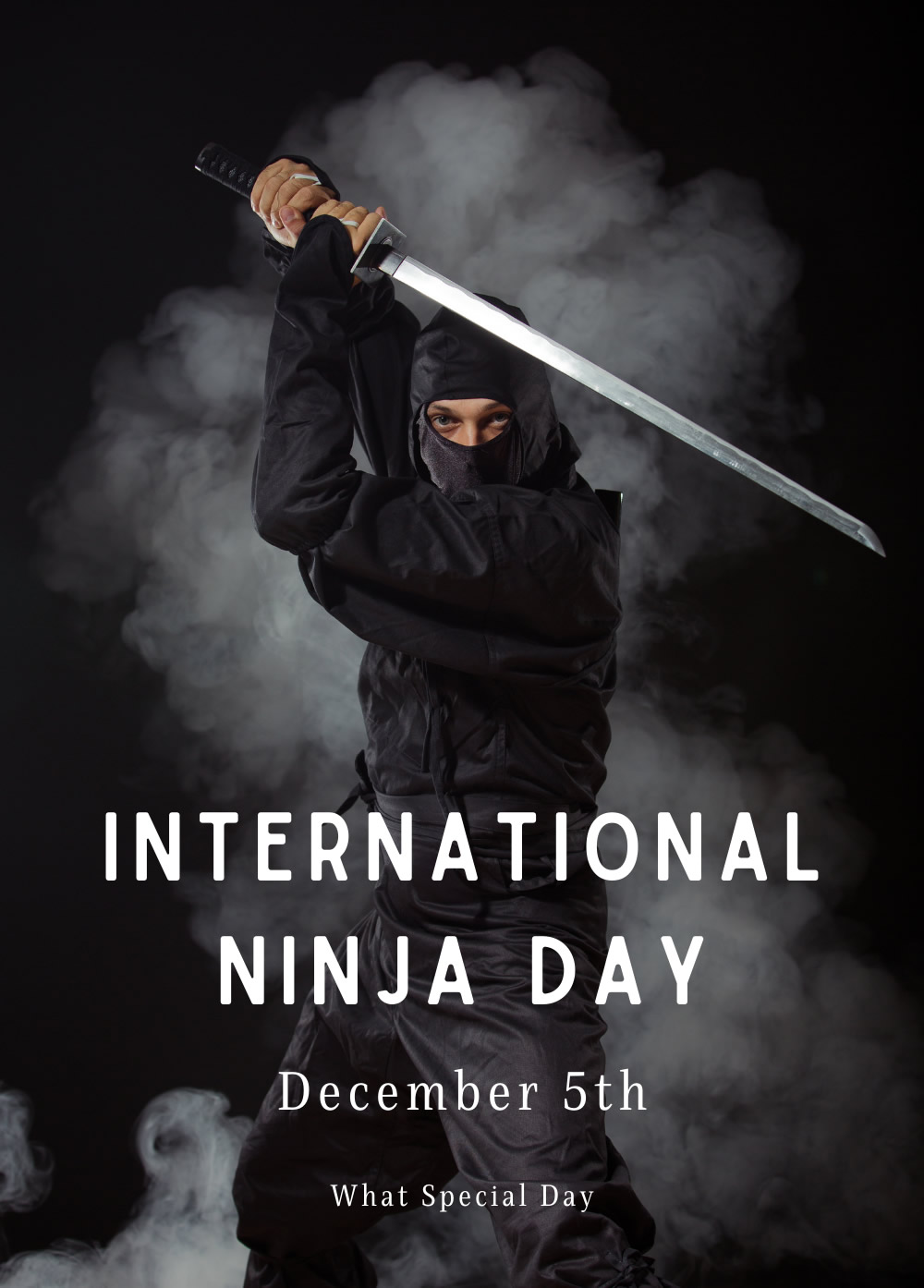