Dice Day celebrates the existence of one of gaming’s greatest and oldest devices: the dice. 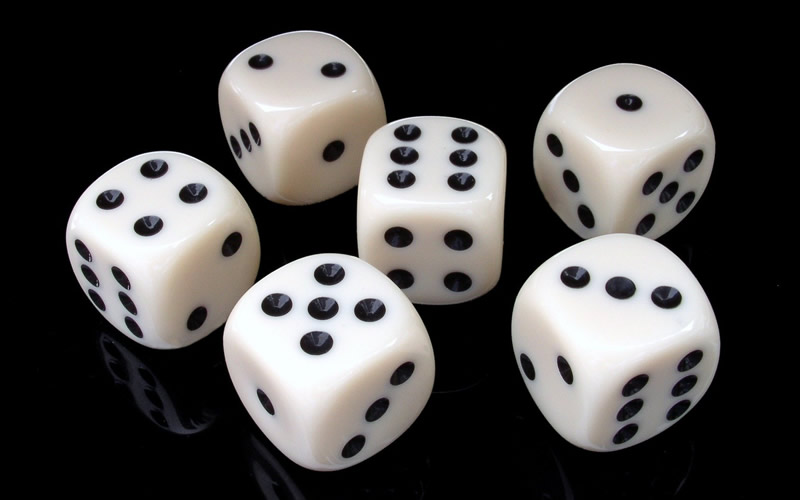 Like many of the special days we write about, the history of Dice Day is unknown. The day has been around for a while, with online references dating back to the early 2000s. Perhaps a dice manufacturer wanted to drum up some publicity, or maybe a dice collector decided to celebrate their hobby with an annual event.

Typically, a die (“die” is the singular form of “dice”) has six sides and features dots to indicate the value of each face/side from one dot to six. However, there are die of all varieties, including a single sided die shaped like a Mobius strip, all the way up to something called a Disdyakis triacontahedron, which is a die with a whopping 120 faces.

The History of Dice

While the exact origin of dice remains unknown, it is clear that dice have been a part of human civilisation for thousands of years. Excavations of archaeological sites dating as far back as 2800BC have unearthed dice made from all kinds of material, including bone, wood, and ivory. Dice have been found in archaeological sites in South Asia, the Middle East, and North America.

It is understood that our ancestors used dice for gambling, as well as for a variety of other games. Today, hundreds, maybe even thousands of dice games exist around the world and dice are now used as a device in many different types of games, particularly in board games.

How to Celebrate Dice Day

There is only one way to celebrate dice day: Play dice! There are lots and lots of games for you to try and the rules can be found on the internet. Invite your friends and family over for a game of Yahtzee, Balut, or Bunco. Or break out the dice-based board games for something a little more complex. We recommend Settlers of Catan, Risk, or one of the classics, like Monopoly, Ludo, Snakes and Ladders, or Backgammon. 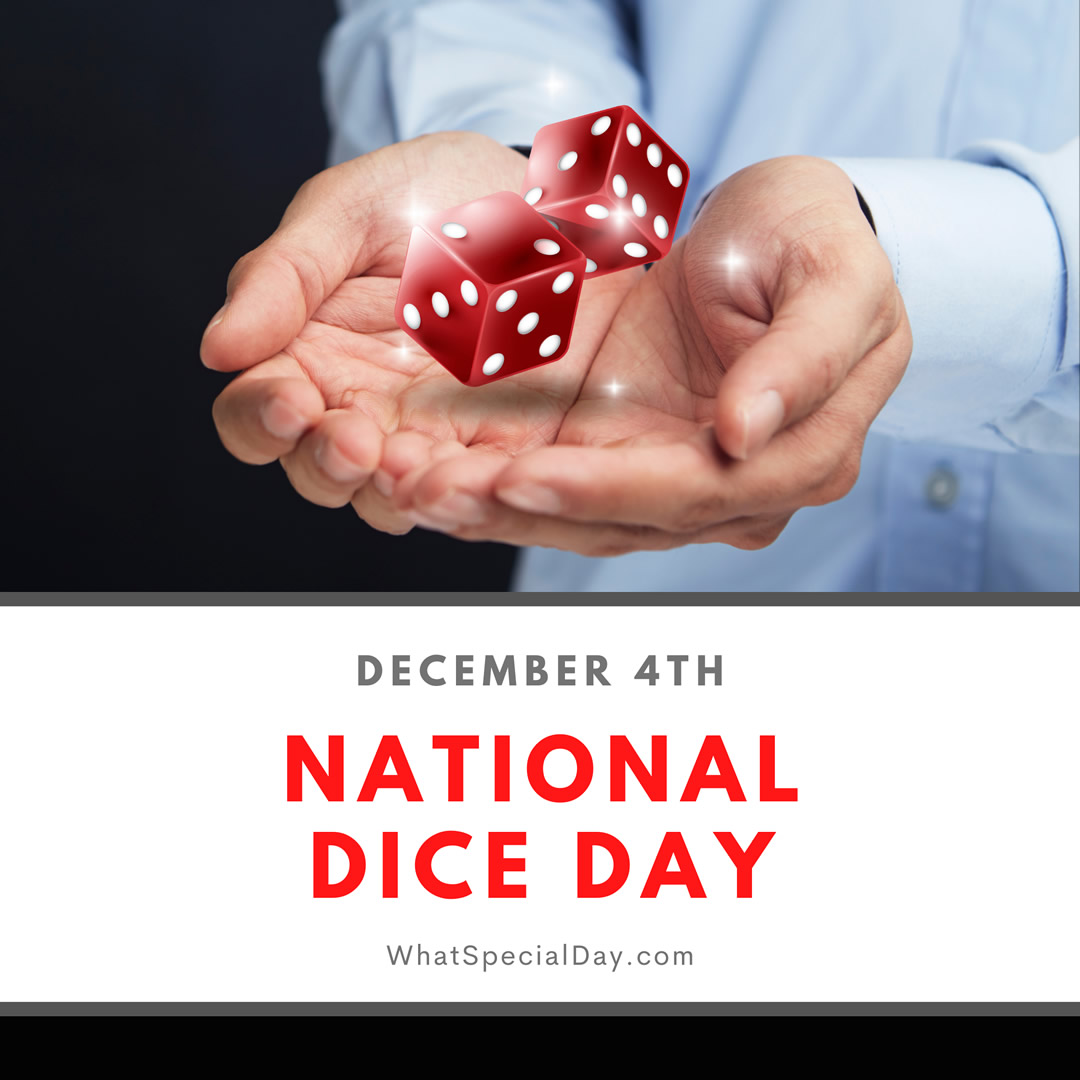 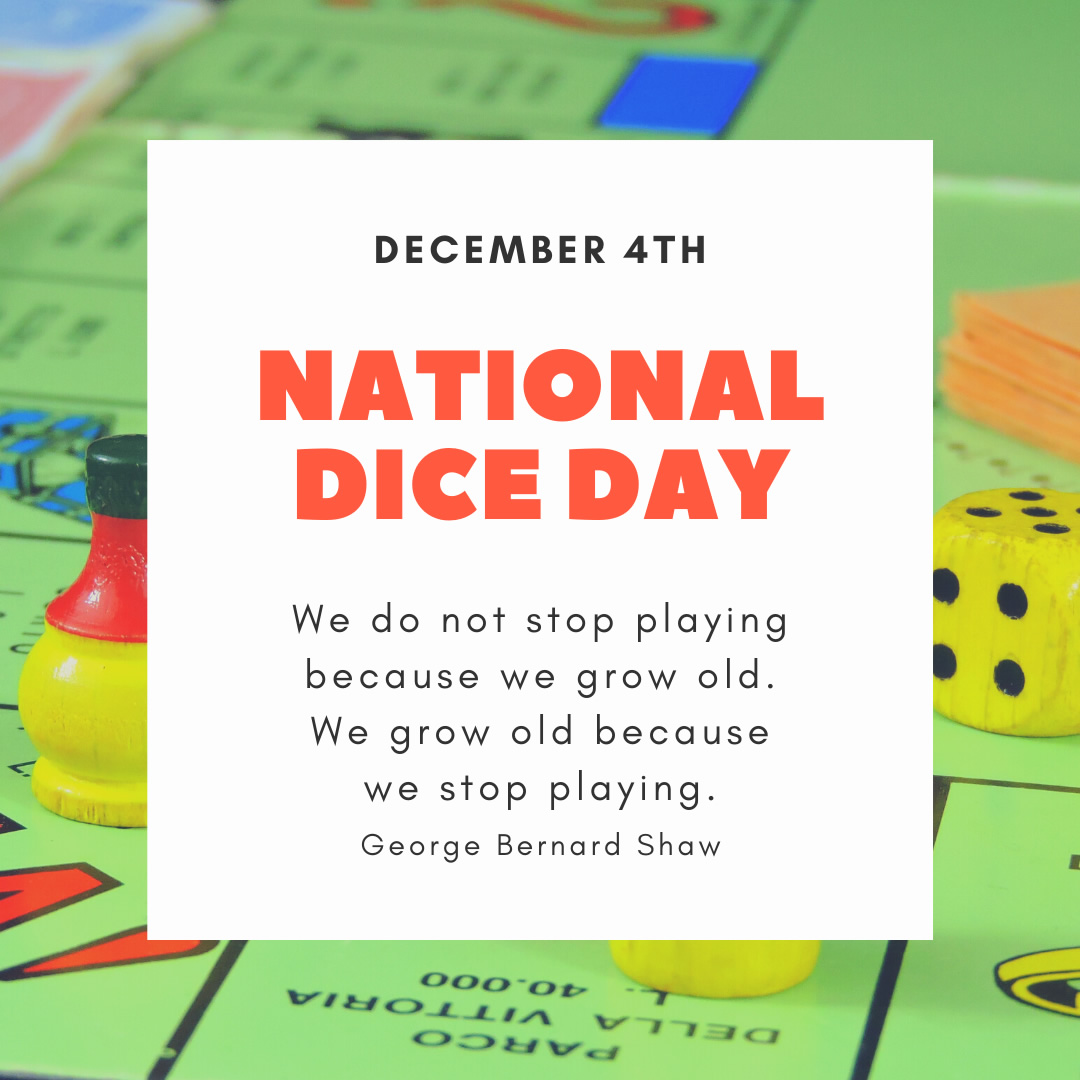