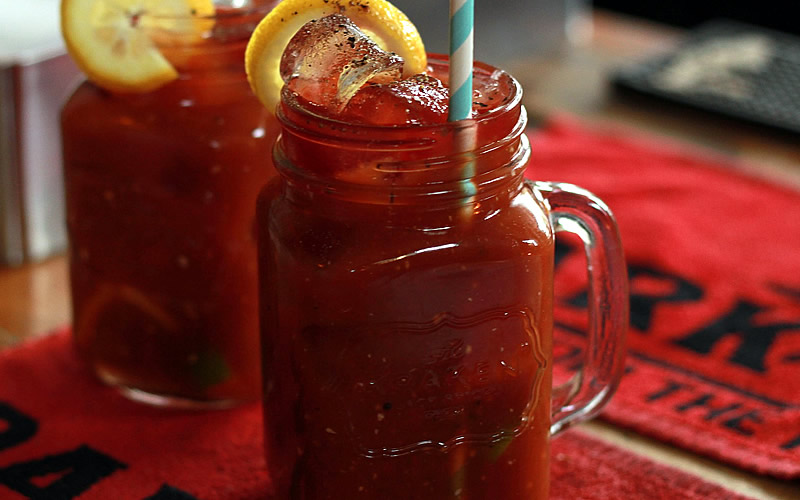 Although the name might sound rather gruesome, the Bloody Mary is one of the world’s most beloved cocktails. Made with a base of tomato juice and vodka, this cocktail is often spiced up with the addition of celery sticks, salt, pickles, lemon, Worcestershire sauce and more.

It might surprise you to know that the Bloody Mary is often considered to be quite healthy! If you are not sure how beneficial anything that combines Worcestershire sauce and vodka can be, I don’t blame you. However, the health benefit that the Bloody Mary provides is hinted at by the day it is celebrated on.

January first, New Year’s day (or Bloody Mary Day for super-fans of the drink), is a day where people struggle to get out of bed due to the celebrations the night before.

This is where the Bloody Mary comes into play. The fruits and vegetables help to settle the stomach, salt replaces the electrolytes lost from dancing the night away, and vodka takes away the painful headache (maybe...)

The combined effect should be enough to bring party-weary people back to life to continue celebrating the beginning of a new year.

The History of the Bloody Mary

The Bloody Mary is said to have been created in 1920, at Harry’s New York Bar in Paris. The bar was the usual haunt for some rather famous American ex-pats such as one Ernest Hemingway. Its supposed creator, Ferdinand Petiot, wanted to experiment with using vodka in his cocktails to attract business from the Russian migrants fleeing the revolution on the other side of the continent. The drink became popular with the day drinking clientele for its hangover-curing properties and has continued to feature on lunch and brunch tables across the world.

The name is where the story gets a little confusing. Potentially named after a particularly tough patron, the Bloody Mary can sometimes be referred to as the Red Snapper or even the Bucket of Blood (Yum!). The real Bloody Mary, or Mary I to those who supported her, was the daughter of Henry VIII and sat on the English throne as Queen from 1553 to 1558. Her father had sent shockwaves through the Christian world by shaking off the Pope’s Catholic influence and creating the Church of England. Now a Protestant nation, the English throne went to Mary upon the death of her sickly younger brother Edward VI.

Mary, unlike her father, was loyal to the Pope and decided to reinstate Catholicism as the only religion in England. It is said that to help achieve this, influential Protestant priests were burned to death and many more were murdered in various other gruesome ways. Protestant writers of the time went on to repeatedly describe her as a bloodthirsty tyrant, earning her the nickname of Bloody Mary.

Now you’ve heard all that, you must be ready for a drink! If you want to celebrate the Bloody Mary, take some good friends out to lunch on New Year’s Day and buy a round of this ruddy beverage. If you think you should stay in and recover, try making your own Bloody Mary cocktails at home. 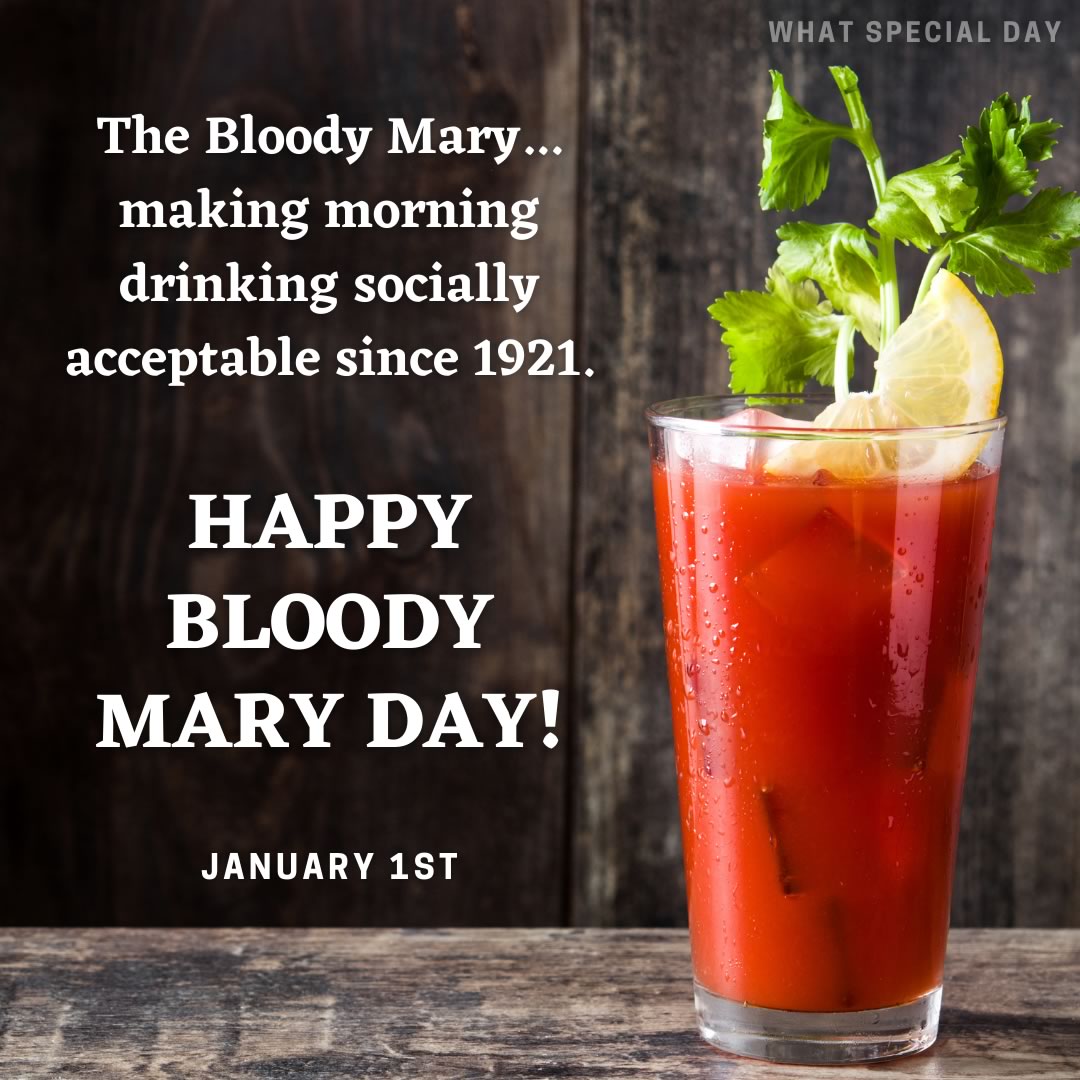 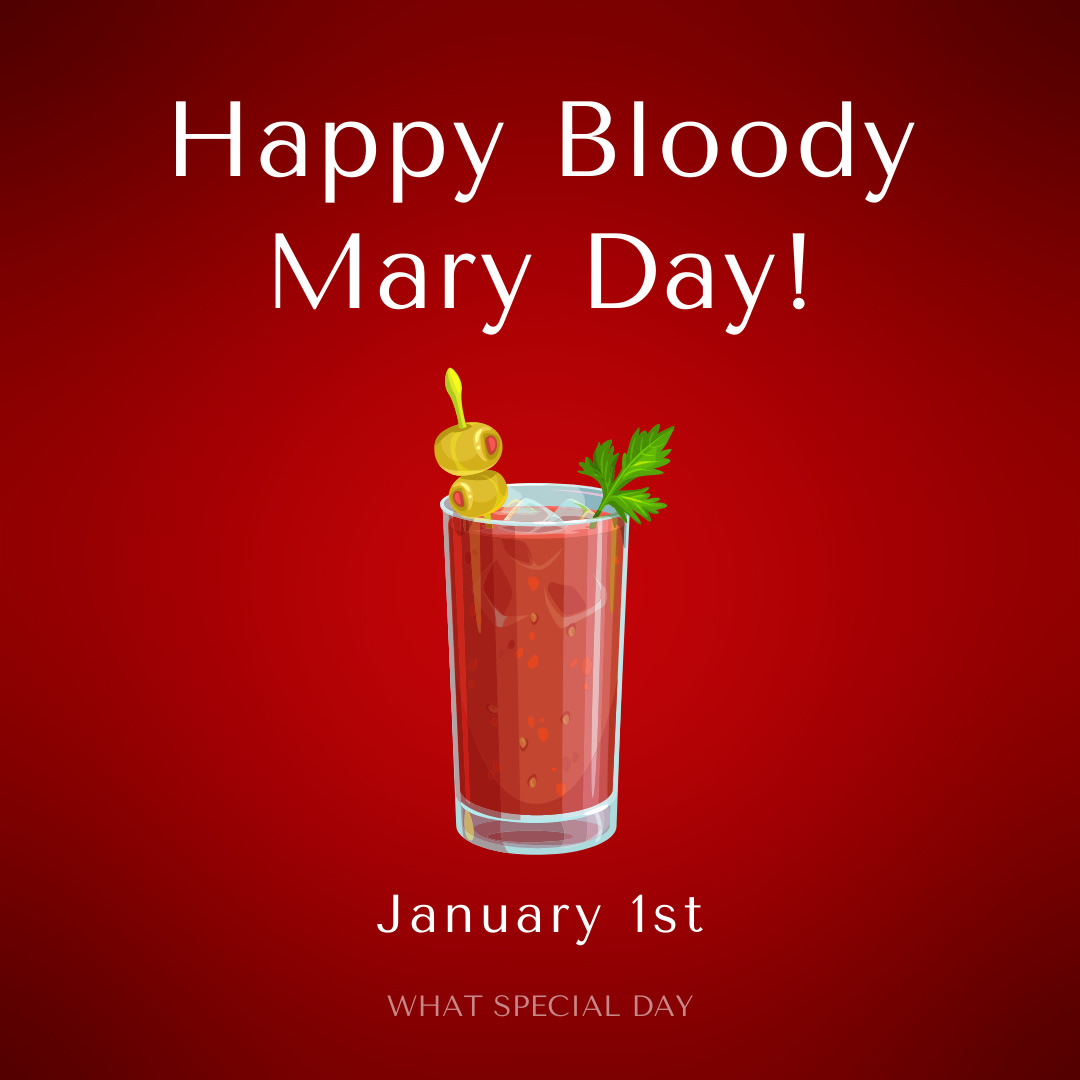